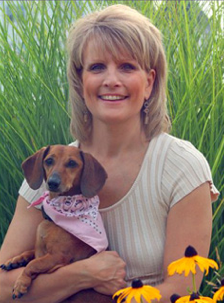 Barbara Techel blogs about her fabulous little dachshund, Frankie, at Joyful Paws, which is an extension of her website. Frankie suffered a ruptured vertebrae that paralyzed her back legs and now she rolls along instead of walking. And yes — we see that Frankie also has velvet ears!

Barbara was so inspired by Frankie’s zest for life that she wrote about it in an award-winning children’s book. 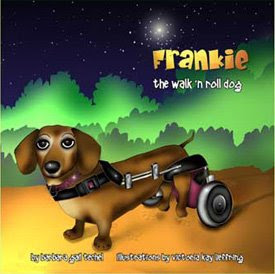