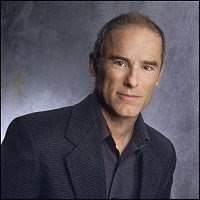 John Grogan, author of Marley & Me

Most of you have heard of John Grogan. He’s the author of the runaway (pun intended) bestseller, Marley & Me. 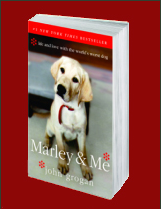 What you may not have heard is that he’s now got a new yellow lab named Woodson. Turns out Grogan’s a fellow Pennsylvanian (go, Keystone State!), and when he adopted Woodson, a 15-week-old ball of fur, from the set of the movie made from his book, the pup immediately loved his new surroundings. 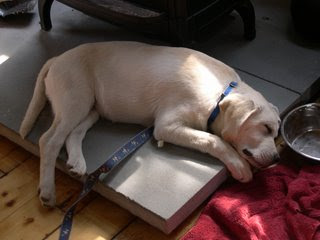 But there was a surprise in store for Grogan and his family. As he puts it, “What we did not know that day — what no one knew, not the trainers or the producers or the breeders — was that Woodson was, indeed, special. And not just because he had enjoyed a brief run as a movie star.”

Turns out Woodson was a dog with a disability. Grogan goes on to explain that when he found out, “I called the breeders, not to complain, just to inform. They were mortified. ‘Just bring him back,’ one of the breeders said, ‘and we’ll swap him out for a new puppy, your pick of the next litter.’ I have to admit the offer was tempting, like turning in a lemon automobile for a gleaming new model. But dogs are not commodities to be discarded when they break, and I assumed that if Woodson were returned, he would be euthanized.”

You can read the whole story at Grogan’s blog, but I wanted to post this introduction here, because it’s a great stride forward for the special needs pet community that he recognizes this issue and has become such a strong champion of the concept that disabled animals are not trash to be thrown away. He even wrote about it in a piece for USA Today. Thanks, John!