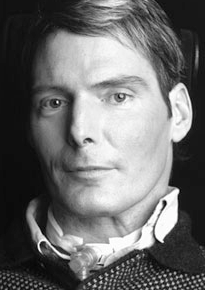 Today would have been Christopher Reeve’s 57th birthday. Though I enjoyed the first Superman movie and his time-travel romance, “Somewhere In Time” (best part: the soundtrack), I can’t say I was a huge fan of his film work.

Oh, he was a good enough actor. But it was what he chose to do after he became paralyzed by a fall from a horse that I consider his most important life’s work. At a time when many would have simply given up and given in, Mr. Reeve became his strongest, most passionate self. Instead of feeling sorry for himself, he and his wife (who, tragically, followed him in death not long after he died in 2004) created the Christopher & Dana Reeve Foundation.

One part of that foundation is its Paralysis Resource Center (PRC). This is a collection of publications, films and other informational items from which people can learn about paralysis is all its forms. Through these resources, families touched by this physical challenge can learn that they’re not so all alone, and can make informed decisions about how they will handle their situations.

My publishing company, Word Forge Books, is very proud that our latest title, Almost Perfect, is one of the many books in the loan library of the PRC. We’re honored that the Foundation found our little book worthy of inclusion in such a significant collection. We’re in quite distinguished company there, among some of the most important books ever written on the subject.

And all because one man refused to allow the loss of movement in most of his body to stop him from contributing something of real value to his world. Amazing what you can do when you put your mind to it, isn’t it? His is the human version of so many stories we know about disabled animals who wouldn’t even imagine allowing their disabilities to define their lives. Bless this incredible man for making the spreading of this message the most important story he ever told…and this time, he wasn’t acting. 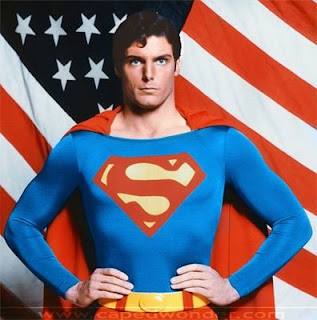 P.S. Thanks to our ever-alert Roberta for bringing this to my attention.